Michael Schlitz talked to me about the 30+ surgeries he’s had just on his eyes. Just. On. His. Eyes.

We were talking and visiting in the hospitality lounge at American Airlines Sky Ball and Michael was describing his surgeries to me as we sipped our coffee and it occurred to me that this was now a perfectly normal conversation for me.

Where else can a wounded warrior talk about skin grafts to his eyelids and sutures in his cornea and not have the other person make a face and back away?

The military events we attend bring us up-close and personal to the people we call Heroes. Beth and I were sitting in a hotel lobby in Amarillo with friends after Jack Barnes’ event and here comes Doc Ballard who plops himself right beside me, takes off his Medal of Honor, hands it to me, and asks Beth for a beer. We proceed to have a great conversation about traffic, weather, current events, etc.

I’m pretty sure I had a $#!%-eating grin plastered on my face, because even though that might be normal for Doc, it was a sheer pleasure for me! I was holding his medal in my hands while he unbuttoned his collar, took off his jacket, swigged his beer and was just relaxing.

It’s the same way talking to Bobby Henline, Shilo Harris, Joel Travera, Mike Jernigan, or any other wounded warrior. They have incredible stories to tell, but they also have their day-to-day life-stories to tell. I spent ten minutes just talking to Joel about a cool app that gets you cheap seats on flights. Bobby hates DFW traffic just as much as I do. Shilo jokes about his golf game and that time his ears popped off while trying on a cowboy hat. Jernigan knows all the best restaurants around DFW.

At our Gold Star Parents retreats, we encourage our parents to tell their own story, to share their hero with us, to share the pain as well as the precious stories. Because when you’re stuck somewhere and a stranger wants to strike up a conversation with you by asking what that Gold Star pin is and where can they get one, it’s kind of hard to keep the conversation going by saying the pin was presented to you after your son was killed by the Taliban in Afghanistan.

Being able to talk to our military family and peers about the worst day of our life and seeing an expression of understanding and love in their eyes is so very precious to us. I truly hope you get to meet the guys I just talked about. 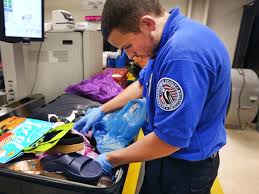 The x-ray operator apparently couldn’t identify what a book x-ray looked like.
Do so few people carry books anymore that a person under 30 years of age can’t tell what one looks like?
Was he so used to seeing electronic devices that a few paperback books caught him off guard?
Yes. Apparently so.
Have you ever caught yourself missing parts of your routine daily commute? You cross some railroad tracks or pass a landmark and suddenly realize you don’t remember the last three or four blocks?
We get into a daily routine so commonplace that our minds wander and focus on other plans or problems. Our eyes are on the road, but our minds are “a million miles away.”
We get so used to seeing some things on a regular basis that they become invisible to us, and when something extraordinary crosses our path it causes us to do a double-take.
My family didn’t travel much when I was growing up, and we certainly couldn’t afford airfare. Air travel was as exotic to me then as the Amazon Jungle.
Now I can zip through security checkpoints (usually,) grab some coffee, board the plane, and stash my luggage without even having to think about it.
I see some of our same friends regularly on these trips. I get used to seeing them often and vice-versa. They cannot tell just by looking at me what my frame of mind is at that particular time. They can’t x-ray me, and unless they’re particularly cognizant or have seen a recent social media post, they can’t tell what luggage I’m packing on that particular day.
Good friends ask you how you are. Great friends can tell how you are by just looking at you. They can see the unusual heaviness in your eyes if you’re struggling with something and they can see the sparkle when you’re having a good day.
We get used to seeing some friends and family every day. We may miss an unusual sign of trouble simply because we’re in our routine.
Don’t get caught off guard by a sudden change in someone you know and love.
I used to be called a “bookworm” because I usually had my head stuck in a book. These days it’s electronics that have me distracted. I’m actually typing this on my phone while we’re flying over Kansas and Nebraska.
I’m going to start putting my friends and family through my ‘x-ray’ to see if I notice anything out of the ordinary. So, if I pull you off your daily conveyor-belt and start asking you about your ‘luggage,’ it’s only because I love you and care about you.