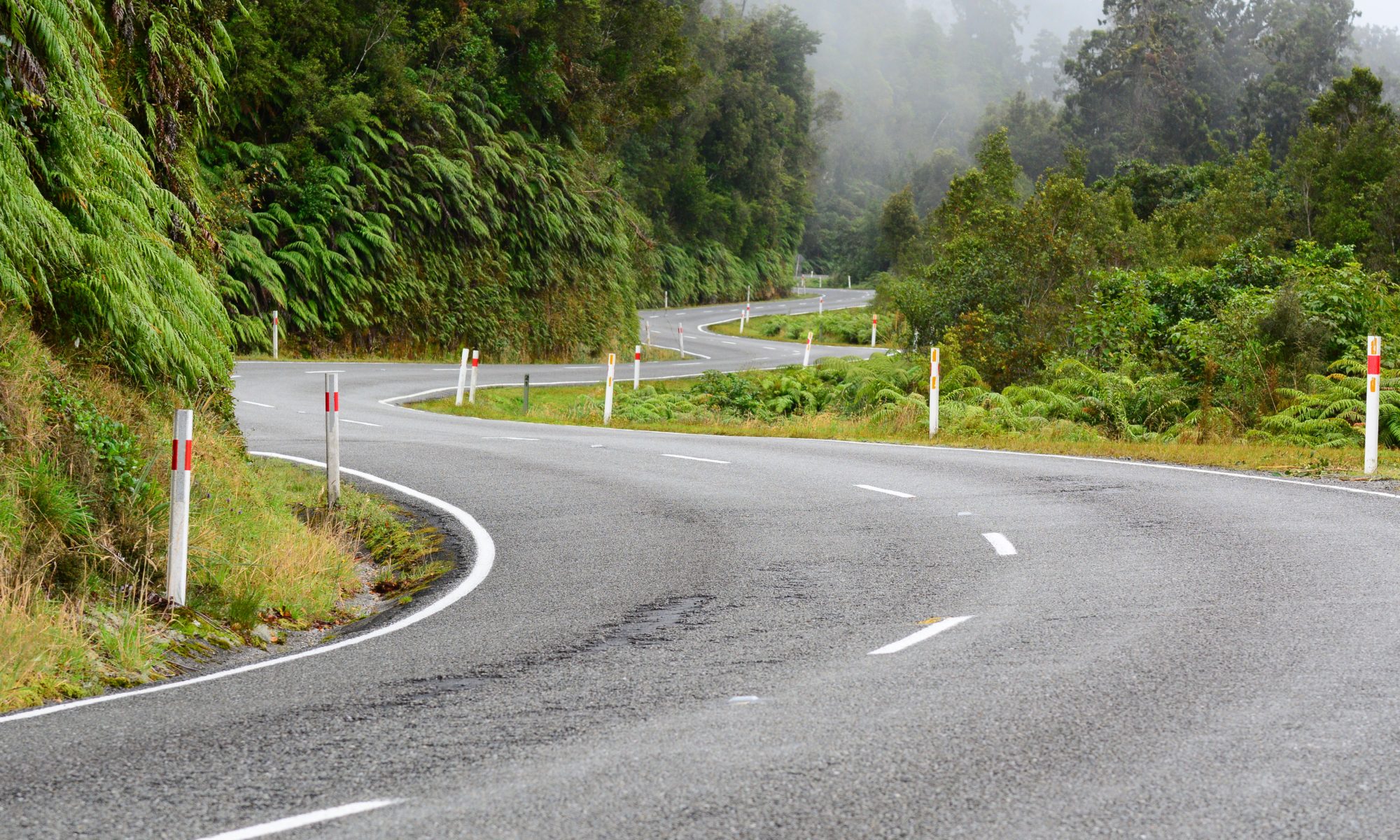 If you’ve ever traveled the back roads in Oklahoma you know what I’m fixin’ to say; those roads were never designed for a 131-foot-long trailer to navigate a 90-degree corner.

But those trailers are.

As the truck slowly made the corner and traffic piled up from four different directions, the leading edge of the turbine blade sliced into a traffic sign on the inside corner of the intersection. The chase vehicle was sending instructions to the truck driver and from where I was sitting I could see the independent rear wheels of the trailer slowly turning to the right. The turbine blade eased away from the traffic sign as the trailer crabbed its way further into the intersection and finally straighten out in the middle of Highway 33.

It was cool to watch.

The engineering of the trailer with the firetruck-like rear-end designed to carry and transport the turbine blades came about because of the single-piece construction of the blades.

That made me think of a few sharp turns we’ve had to navigate in the years since Bryan’s death. His death was a sharp left turn for his entire family. Most people don’t have a chase vehicle telling you when you’re about to run into an obstacle. We aren’t designed with a special set of wheels to ease us away from disaster.

Like those trucks which sometimes take several days to make a trip we can make in just a few hours, people seem to pile up behind us waiting for us to navigate a simple turn in our life that others don’t even seem to be aware of.

Maybe that blade we saw was for a new turbine, or maybe it was a replacement for one that had fatigued from the constant cyclic motion over the years. The blades are constructed to withstand storms, but they still wear out.

Weathering the storm of losing a child will flat wear you out. Carrying the load of grief makes it incredibly hard to navigate otherwise simple turns. Choosing a new job, changing your diet due to illness, maintaining a house or a car, or dealing with your spouse or your family-or both-seems insurmountable at times.

Do not give up. There are numerous organizations that are more than capable of helping you make that turn, whatever the obstacle or the load.

If not for our Survivor Outreach Services coordinators and other Gold Star parents and spouses, I’d still be stuck at the corner of Grief and Life.

The human spirit is an amazing feat of engineering. Put two or three of them together and there is no corner in the universe we cannot navigate together.

“The Hornet’s Nest” is not your typical military movie. It is actual footage taken from nine days of battle in Afghanistan and the perilous situation a group of soldiers found themselves in. Several men were killed in a dangerous and hostile environment, referred to as “The Hornet’s Nest” by war photographer Mike Boettcher, who was embedded with the unit.

One of the men killed that day was Army Staff Sgt. Bryan A. Burgess, who is survived by his father, mother, sister, wife, a son and a daughter. His father, Terry Burgess, spoke with The Christian Post about their powerful relationship and the faith that kept him going after the loss of his son.

Christian Post: What was your reaction when you learned of “The Hornet’s Nest” film?

Terry Burgess: Honestly, I was a little skeptical at first because I had no idea what kind of footage they had of Bryan. We got a phone call from Chaplain Roberts, who said he had footage of Bryan and had been asked to send it in, but he wanted our permission to do so first. And I trusted Chaplain Roberts, and then a couple of weeks later, we got a call from David Salzberg, Jr., who said he had a cut of the film that he wanted us to watch that had Bryan in it but he wanted us as a family to see it first before he went into production with it.

We drove to Dallas, sat in David’s hotel room and he put in the DVD and left the room, and it was me and my wife, my ex-wife, and my daughter and we watched March 29 unfold right in front of us. I had the Army reports but they’re still sealed and in Bryan’s trunk. Now, here we are, watching the entire day, so it was a punch in the stomach. It was extremely hard to watch and then, as it sank in, we realized that this is why Bryan went over there to fight, what he volunteered to do … to fight for our freedom and our rights. It became something to be proud of.

CP: How did you feel about seeing him again?

His wife, Tiffany, did a screening in Washington. The children have seen photos of their daddy and they know who he was.

CP: How has your faith helped you through all of this?

TB: I think without my faith, it would have just crushed me, destroyed me. After we got the news that Bryan had been killed, we had all of the ceremonies that we were invited to attend. We were very busy that first month, but after we got home … I was unemployed at the time. We had the flag and the memories, but that’s all we had. It started getting harder to get out of bed, and I couldn’t find a reason to get out of bed. Beth, my wife, had the strength to carry both of our broken hearts. That’s when we got the call about “The Hornet’s Nest.” And it got me out of bed and gave me a reason to carry on. I knew Bryan’s spirit was strong, and I actually have a story about his spirit.

I had had a dream about Bryan – we were walking along a dirt road and he was dressed in full military gear. We found ourselves in a big, outdoor movie theater, which was a natural setting because we loved watching movies together. Then, on this blinding white movie screen, was the image of a glass coffin and Bryan standing next to it. He smiles at me, climbs into the coffin and lays down. As soon as his helmet hit the pillow, he became little boy Bryan. He lays there a minute, then stands up and he’s warrior Bryan again. He gives me a half-salute and the screen goes blindingly white. I look over to my right, and Bryan is gone. I woke up at that moment and got dressed to tell Beth, and she’s on the phone with my daughter-in-law, who is telling her that Bryan has just been killed in battle.

Bryan wanted me to honor the soldier and the man he had become. Of course, the shock of the dream and on the phone, and the Army colonel stopping by with a minister to give us the news … knowing that Bryan’s spirit had visited me was energizing. So, reflecting on that, knowing that I will see him again and we will rejoice together again gave me a reason to join the story and mission of “The Hornet’s Nest” and tell his story every chance I get.

Even the Scriptures were hollow to me – Bryan was everything and I lost that. We’ve talked to a lot of other families who have lost their children. There’s a connection there that people can relate to. Pastor Joe Martin invited me to come speak and that, I think, was our first connection with the congregation, with Christians, to know that there are so many analogies between Christians and soldiers. Soldiers give their lives for our freedom, while Christ gave his life for our salvation.

CP: Do you keep in touch with the men who were stationed with Bryan?

TB: They have been really great about keeping in touch and letting us know how they’re doing. Most of them have invisible wounds – not one came out of the valley changed. They know that I don’t blame them or hold them responsible for Bryan’s death. He was surrounded by men who loved him. I am very, very proud of him.